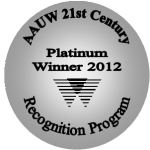 Check our Newsletter to for latest information on upcoming events